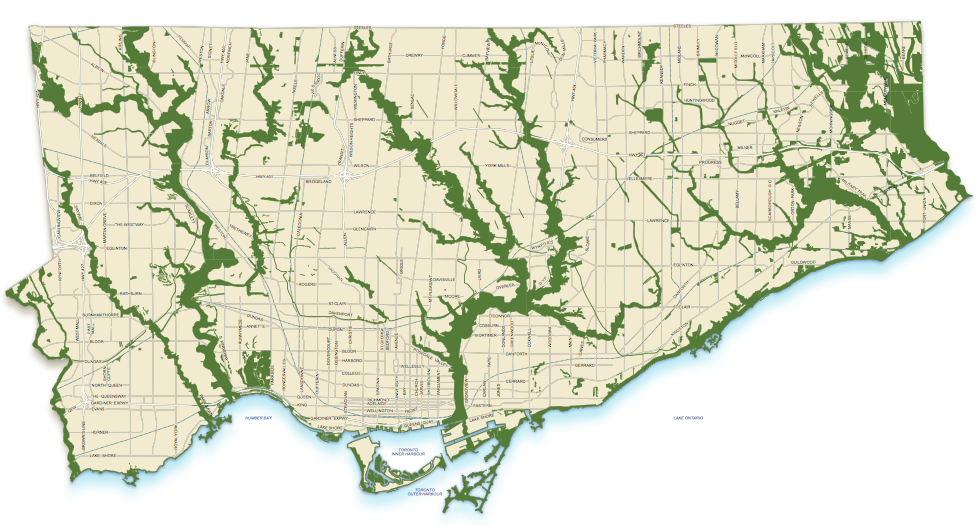 Bridging the divided city through a connected park system

This Land is Parkland is the park blog of Park People’s manager of policy and research, Jake Tobin Garrett. Read more here.

Lately there has been a lot of ink devoted to Toronto as a divided city and what to do about it. There have been great suggestions about reforming our political system for more locally-based decision making and building much needed transportation connections.

But for me—surprise—it’s our park system that is the most able to bridge divides and forge a city identity, representing both the diversity of our city and its interconnectedness. Each park is a great representation of local community, but it’s all tied together into a larger system.

The trick for a city as big and diverse as Toronto, I think, is figuring out how to nurture a sense of local place while at the same time plugging that into an understanding of connection at a larger, citywide scale. As the Toronto Star’s Divided City series has pointed out, part of the solution to the divided city must be a recognition of the need for local agency. Diversity our strength is our city motto, and so we should reflect that in our politics, policies, and planning. But how to forge unity from difference?

This reminded me of something that Thomas Bender wrote in a book about New York called The Unfinished City. He argues that in order to forge a metropolitan identity out of “a plurality of local publics” a city “requires an image of itself.” In his mind, these images are rooted in infrastructure, transportation and the environment, because they reveal our interdependence but have local impacts. Certainly transportation has been a part of the conversation here in Toronto, but it has tended to be one of division as we squabble over technology and who gets a fair share of the transit pie.

For me, parks and open spaces are the perfect image of the city as both a regional and local being. And our system of ravines and hydro corridors are the large scale pieces that stitch those local elements together. Just zoom out on Google Maps a bit and this system is revealed—the ravines travelling north-south and connecting the northern parts of the city to the waterfront (see title image), and the hydro corridors travelling roughly east-west (see below).

Each of the parks along these systems have their own local character, but by presenting them as a larger connected system and building that narrative, these green corridors can become the visual representation of a city brought together through its local places.

We have a few projects in Toronto that begin to fill in this image and create a larger identity from these connections, such as the North Scarborough Green Loop (pictured above), which was championed by a local resident and uses existing trails through parks, on-street connections, and part of the Finch hydro corridor. Also the master plan for a revitalized Lower Don Trail, and the overall trail system that is slowly being tied together through some of our hydro corridors and ravines.

It’s the Pan Am Path, though, that best expresses the idea, using the diversity in our neighbourhood parks by plugging them into a cross-city vision. It’s a plan that is both local and citywide in its scale. Its appeal is in that narrative of connections and its celebration of Toronto’s neighbourhoods in all corners of the city. And it does this by using what we already have largely in place.

So if we truly want to bring the city together by celebrating what makes Toronto so great—our diversity—then what better way than articulating a vision of a cross-city network of local parks? The bones of this system are already here; we just need to build on the connections.

images: ravine map from Toronto’s Official Plan, hydro map from this Google Map someone made (I added in the Green Line hydro corridor above Dupont Street, though), Green Loop map from here, and Pan Am map from the Pan Am website.