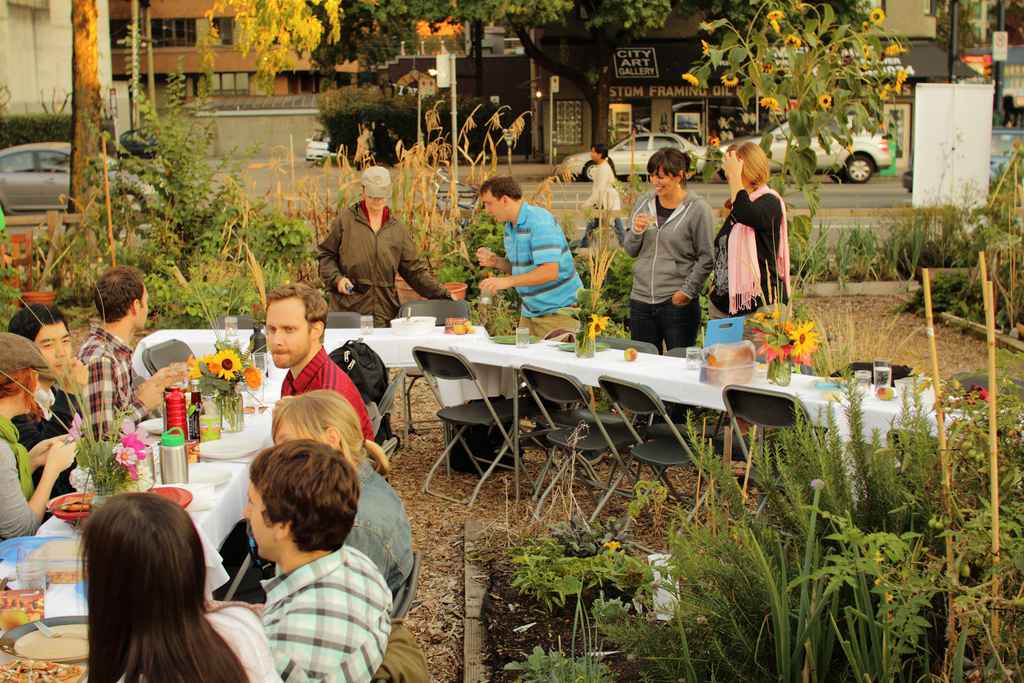 Lonely? Head to your local park

When I first moved to Toronto, I didn’t know many people. I found myself wandering out of my apartment day after day that first summer and plopping down in various parks around the city. Being in a park relaxed my mind, but placing myself amongst the energy of the people around me also helped me feel more connected to my new home.

Turns out I’m not alone in seeking out parks to make me feel less alone.

A new survey produced by CARP, a national organization that advocates for the health and vibrancy of people as they age, found that living near a park had a huge effect on reducing feelings of loneliness.

As Wanda Morris, VP of CARP, wrote of the survey in the National Post:

That’s pretty astounding. But it also gels with what we’ve seen at Park People in our own work and research about why people love and get involved in parks.

For example, when we surveyed park friends groups—volunteer-led groups caring and animating local parks—and asked them why they volunteered their time, we found that the second most popular reason (after spending time in nature, of course) was to meet neighbours and build social connections.

And combatting loneliness and social isolation was one of the key impacts we found in our Sparking Change research, which looked specifically at the benefits of park engagement in underserved neighbourhoods. Many of the people we spoke with at the community level told us they first got involved because they wanted to create opportunities for social connection in their community—for the park to become a hub.

Reaping the benefits of a park’s social environment doesn’t just happen though. It takes easy access to a park (a 10-minute walk is good), and the right mix of amenities and structured and unstructured programming to provide a platform for social connections.

Research has shown, for example, the importance of amenities like playgrounds and dog parks for social interaction as it gives parents and dog owners reason to chat with each other. But programming, like music events, community picnics, and farmers’ markets, is also important in encouraging people to not only stay in the park for longer periods of time, but actually talk with people.

All of this has huge equity implications. If people have less access to green space in their neighbourhood, they are automatically shut out of the positive wellbeing benefits of living near a park. And if they live near a park, but that park offers little in terms of the amenities or programming that people actual want, then that too can result in a disadvantage.

This last point was highlighted in some of the interviews we did for Sparking Change from residents and agency workers in some of Toronto’s tower communities—neighbourhoods characterized by large towers surrounded by open space mainly outside of the downtown core.

Whether it was Rexdale, Thorncliffe Park, or Flemingdon Park, community members spoke about the vital importance of improving and animating the green spaces in their community in order to bring people together and create a shared space that could act as that “hub.” This meant connecting with residents to brainstorm programming like small festivals, organize programming specifically for older adults and youth, advocate for new amenities (like a tandoor oven), and bring people together over sharing food and tips at a community garden.

Because having a green space nearby is good, but having one nearby that you love is even better. See you in the park.

For more information, read our Sparking Change report and our literature review.