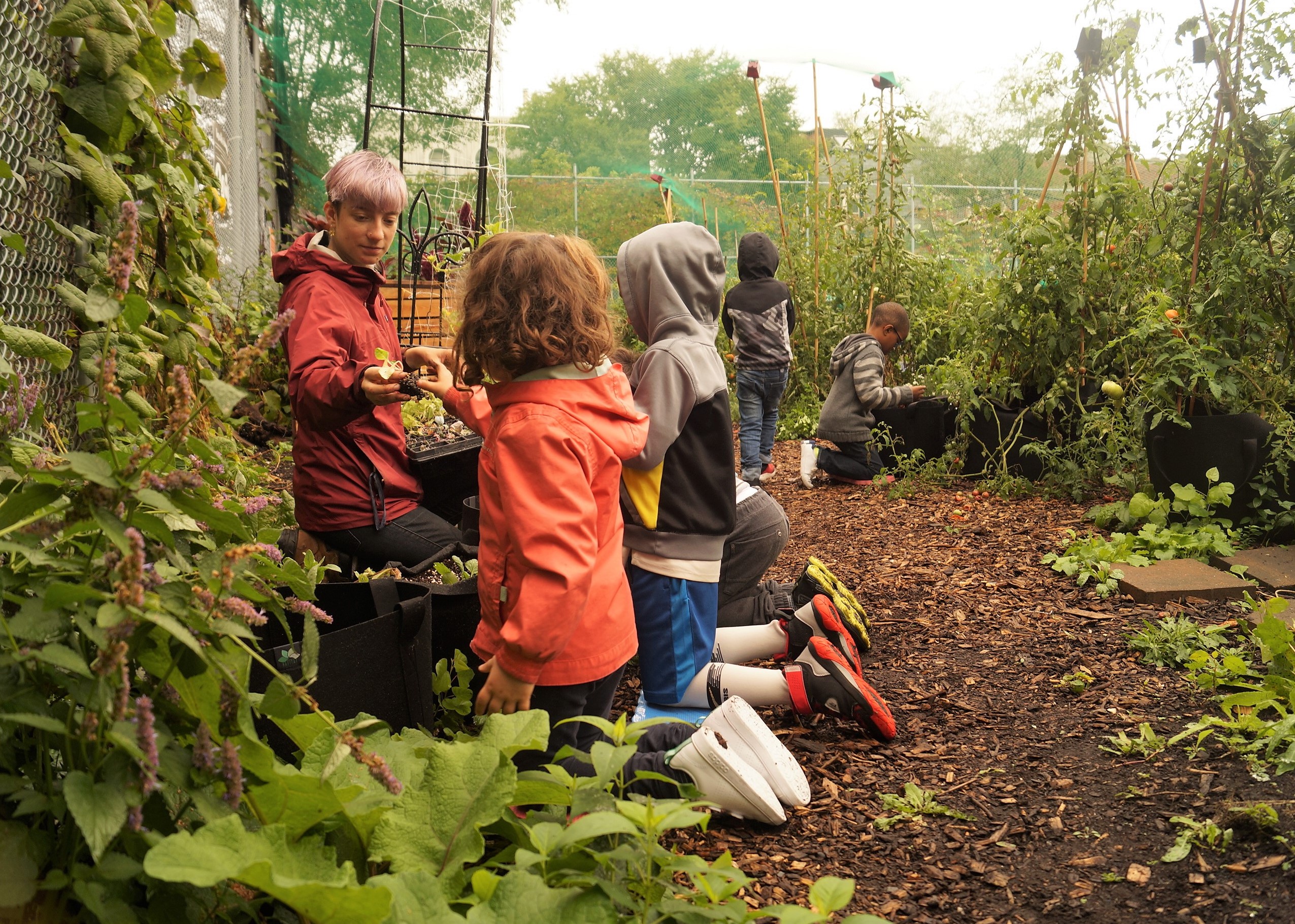 The Nine Projects that Demonstrate the Power of Parks in 2021

“Parks alone cannot address climate change, racism, and public health challenges, but as the shared spaces in our cities they play a vital role in helping us learn to live together in a more resilient, equitable society.” Canadian City Parks Report, 2021

In 2021 our city parks became “the little (and big) places that could.” We saw how parks could provide safe and healthy respite from time spent indoors. We saw how parks could help us build more equitable and resilient communities that connect us to each other in times of global crises and in our daily lives. And, we witnessed the many ways parks could help us contribute to and re-centre our relationship with nature in cities.

This is the power of parks that can be fully realized when we invest in our urban green spaces, decolonize our thinking, and adopt upstream rather than downstream solutions that promote the well-being of people and the health of the planet.

The power of parks is reflected in the nine initiatives that defined Park People’s work in 2021. Each of these demonstrates what’s possible when we stop seeing parks as “nice to haves” and truly recognize them as “must-have” infrastructure for Canadian cities.

Park People’s 2021 Canadian City Parks Report addressed how parks can foster more resilient, equitable cities—not only as we recover from COVID-19, but as we address another looming crisis: climate change. Featuring insights from a survey of nearly 3,500 Canadians, interviews with 40 leading experts and data and practices from 32 participating Canadian cities, the report’s findings are driving substantive change in Canada’s city parks.

Among the report’s many valuable insights were that

Research for the 2022 Canadian City Parks Report is already underway with a focus on how collaborative and equity-based approaches to parks can shift how we value and experience parks and urban natural spaces.

In the words of Dylan Reid, the series’ talented editor, “The projects we’ve explored came in all sizes, from a postage stamp of greenery in Etobicoke on the west side of Toronto to a vast agglomeration across the western edge of Montreal. Many are ribbons, following the path of old infrastructure and rivers; others are irregular patches carved out of unprepossessing spaces by creative imaginations.”

Wonderfully illustrated by Jake Tobin Garrett, the ten stories in the anniversary series demonstrate that the best parks and public spaces are led by communities and fuelled by the energy and support of municipalities, park professionals, community agencies and so many more.

Connecting communities to nature and each other

Nothing shows the unyielding commitment of Park People’s National Network of community park groups more than TD Park People Grant events. The 72 community groups that hosted more than 216 events in parks in 2021 are largely grassroots groups made up of volunteers.

These local heroes are a force for good in their communities delivering innovative and uplifting programs from a truly magical repurposing of Christmas trees to creating an ephemeral forest in Montreal’s Jarry Park to a repair workshop borne out of a creative partnership between a Halifax arts organization and an Immigration Services agency.

This year’s TD Park People Grants have just launched. What project do you want to make happen in your park in 2022?

Through Cornerstone Parks, Park People is investing in the future of Canada’s large urban parks and spreading their impact and influence to cities across Canada. Stay tuned in 2022 for new announcements about the next Cornerstone Parks.

Established in 2013, Park People’s Sparking Change program continues to be rooted in the belief that,

“Parks are not simply green places of respite with grass and trees—they are critical pieces of the social infrastructure of our cities. And we believe they have a role to play in creating more inclusive, equitable places that are shaped by and for the people living there.”

In 2021, we were delighted to work with exceptional Vancouver groups like Hives for Humanity which supports inclusion and builds belonging through work with beehives and Strathcona Community Garden promotes gardening and food security for gardeners from Vancouver’s Asian, Middle Eastern and Latino communities.

In 2021, Park People’s Professional Services team continued to lead projects across the country. Between 2019 and 2021, Park People worked closely with CREDDO, the municipality of Gatineau, Quebec and others to support the development of an innovative master plan for the flood-damaged communities of Pointe-Gatineau and Lac-Beauchamp.

Climate emergencies are one of the most pressing realities facing Canadian communities today. Park People was able to offer a unique lens as a non-profit organization focused on improving people’s quality of life through parks and urban green spaces.

The Gatineau master plan was developed in collaboration with community partners and residents and features a toolbox of 25 unique land-use typologies, such as green spaces, community gardens and social spaces, all designed to be implemented by local residents based on their social and environmental needs. Throughout this project, Park People provided an innovative perspective to evaluate and leverage the social and environmental roles of urban parks and how to leverage them in the context of community change and crisis.

Toronto’s ravines are glorious, often hidden treasures. While they may be visible to some communities, too often they are underutilized by Toronto’s equity-seeking groups that can benefit from greater access to these lush and expansive green spaces. The City of Toronto engaged Park People to support the community engagement plan connected to the city’s first-ever Ravine Strategy.

In 2021, InTO the Ravines, delivered in partnership with the City of Toronto, trained and supported community-based “ravine champions” who led beginners into the urban wilds.

In 2021 the program engaged 800 participants in virtual and safe, socially-distanced events in and around the ravines. 54% of participants have never been in a Toronto ravine or have only visited a ravine once or twice a year. Over 96% of participants said that the event helped inspire them to explore Toronto’s ravines.

Montreal organizations band together to create new possibilities for parks

In 2021 Park People joined forces with four of Montreal’s most notable organizations to establish The Montreal Park People Network.

The Forum was a huge success and featured keynote speakers from both New York and Montreal as well as a panel on environmental justice in parks. Watch out for another awesome Montreal Park Forum in 2022.

Launch of the 2022 Park People Conference

At the end of 2021, The Park People Conference was officially launched with a Call for Proposals on the theme of An Abundant Future for City Parks.

The hybrid conference, set for June 2022, will feature both virtual and in-person learning and networking events with a special spotlight on Vancouver’s parks and the people behind them. Registration for The Park People Conference will open in March 2022. It’s where to park thinkers and doers will be to build new collaborations and opportunities for Canada’s city parks.