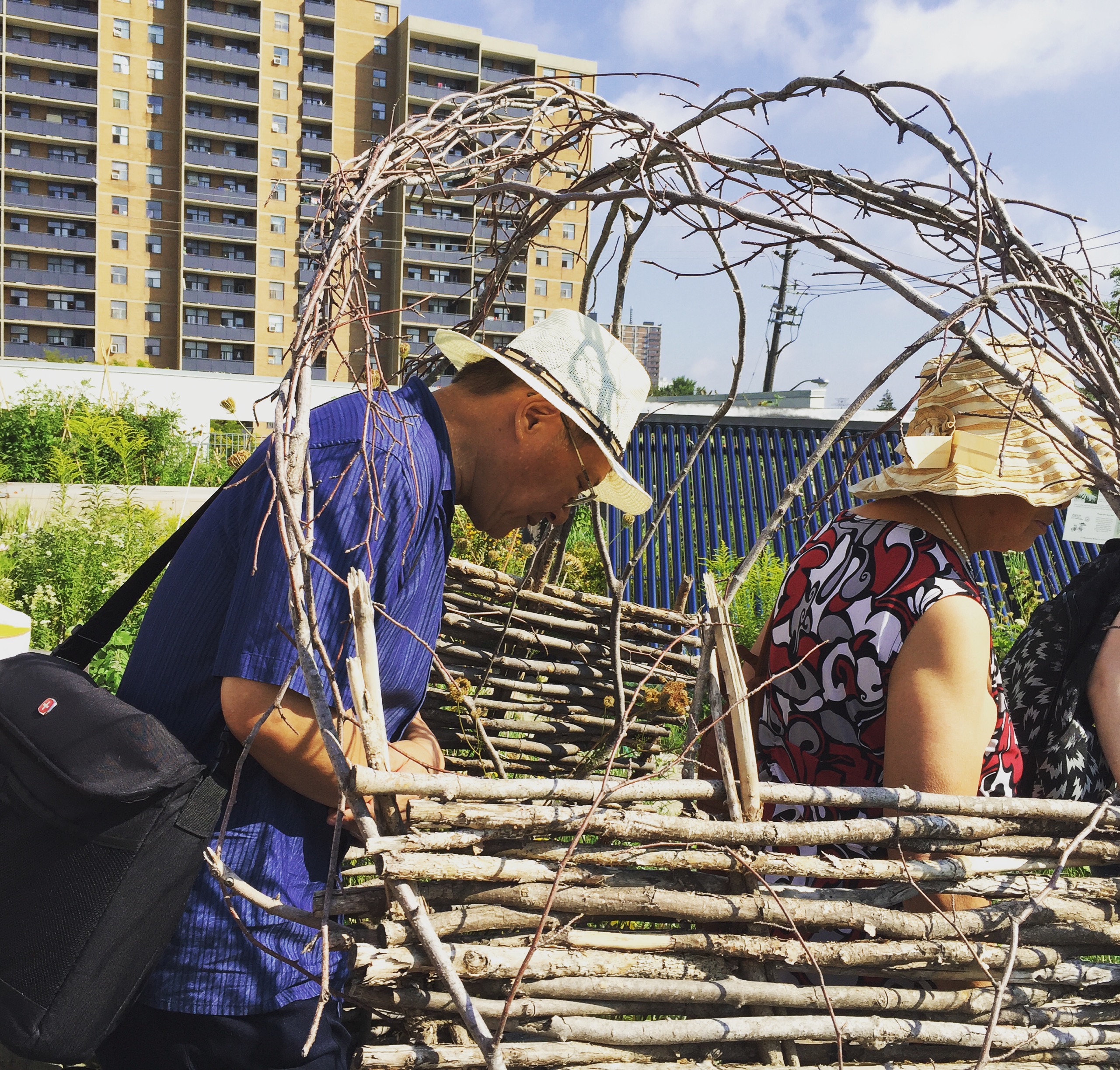 Conversations about parks often gravitate toward large-scale projects that transform big swaths of land. While big parks are indeed important, this summer I learned a valuable lesson about the power of small.

On a sweltering day, 30 recipients of the TD Park Builders grant program boarded a big yellow school bus with an ambitious goal of visiting five community gardens–from Scarborough to Rexdale.

These visits  made it clear to me that community gardens deliver some of the highest returns per square foot than almost any park project you could name.

The TD Park Builders met for breakfast at Access Alliance, and, like many meetings, the day started with a round of introductions.

Without fail the grantees, each of whom run highly successful community gardens, said they were on the tour to learn from other members of the group and from the gardens on the tour.

One introduction involved a participant passing around a large basket of ripened tomatoes that would make any gardener gush with pride. Like the other grantees, this experienced gardener expressed her desire to learn more to make her garden better.

The open-minded and open-hearted curiosity I witnessed among the group reminded me why community gardens produce such a hearty bounty of social capital like building strong social ties and neighborhood cohesion. Community gardeners are linked by a limitless curiosity that far exceeds the square footage you’d find in even the biggest city park.

2.  Community Gardening is an All-Ages Party:

One of the challenges Friends of Park groups face is serving many groups in a single space. The default is often to put up a play structure that serves children, but often not other age groups.

It’s hard to create parks that are meaningful for older people, and almost unheard of to create a space that is welcoming to both younger and older folks.

The TD Park Builders community garden tour demonstrated that community gardens are unique in their appeal to multiple demographics. We had in our midst a rare sight: teens talking to people their parents’ age, seniors mixing with kids their grandchildren’s age and every iteration in between.

While people generally agree on the value of bridging the age gap, it is extremely difficult to create intergenerational programming that delivers on that promise. As demonstrated on the tour, community gardens bring people of different ages together around a common interest that supersedes age limits.

The tour included several grantees whose first language is Mandarin. At one point in the tour, one of the hosts forgot to pause to allow for translation.

Without hesitation, the English speaking members of the group stopped the presenter and asked: “Do you mind slowing down so this can be translated?”

For me, this was a glorious and telling moment when it was clear that members of the group valued inclusion above all. It’s was a small gesture that spoke volumes about their sensitivity to cultural diversity and their deep commitment to making knowledge accessible.

Special thanks goes out to our tour guides and participants for an outstanding day. An extra special thank you to Hanbo Jie for translating throughout the tour.