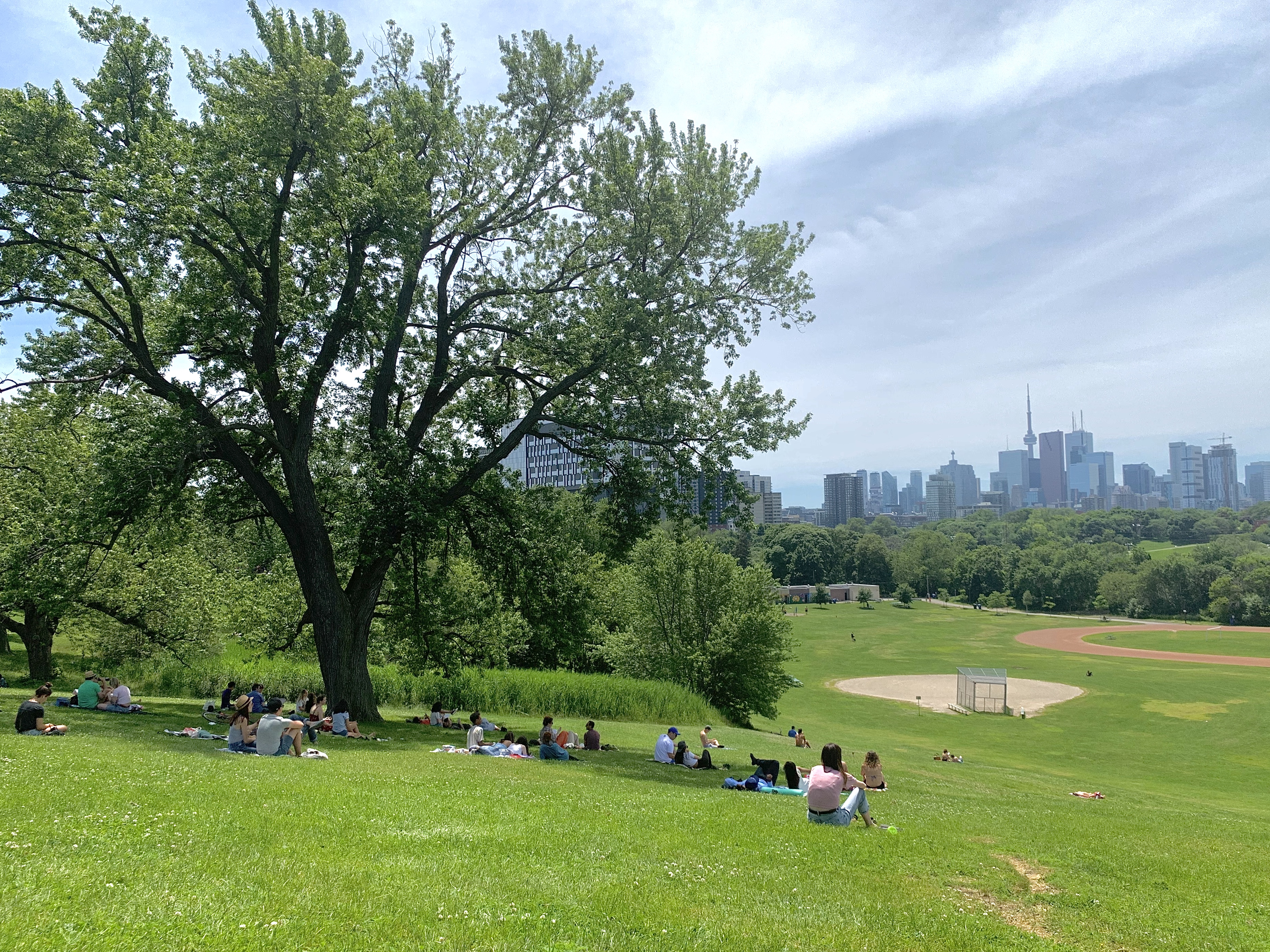 The release of the Toronto Foundation’s annual Vital Signs report has provided Torontonians with both a wide and deep look into our city. There are a lot of bright spots and also a lot of areas that require us to do more work to ensure that Toronto is a city that is inclusive, equitable, and resilient.

Here we highlight three key areas where parks intersect with some of the report’s findings.

Vital Signs offers a glimpse into Toronto’s climate change future that should give us all pause.

The cost of damage from extreme weather has increased four times in the last decade. In the next thirty years, it’s predicted that Toronto will suffer from 2.5 times more extreme hot weather days and that the maximum daily rainfall amount could double by 2050, causing even more flooding and damage to parks and neighbourhoods.

As we wrote about in our Resilient Parks Resilient City report and our recent blog on parks and climate change, parks play a huge role in helping cities adapt to an environment that is wetter and wilder.

Parks do this by moderating air temperatures, soaking up stormwater, cleaning the air of harmful pollutants, and more. We recently spoke to the Globe and Mail about this very fact.

In Toronto, the ravines are paramount to the city’s ability to mitigate the effects of climate change. As the green network that threads throughout the entire city, the ravines provide key natural spaces that perform important ecological services like stormwater management and reducing the urban heat island effect.

In 2017, Toronto approved its first ever Ravine Strategy, which aims to maintain and improve the health and resilience of this incredible natural feature. While the strategy is excellent, it also needs funding approved for its implementation. This should be a key focus in upcoming budgets.

As Vital Signs notes — using statistics from our first Canadian City Parks Report — Toronto has on average of 2.4 hectares of parkland per 1,000 people. While this is on the lower end, it’s also in line with other major urban centres like Montreal (2.7ha) and Vancouver (2ha).

This showcases the difficulty of ensuring parks keep pace with cities that are growing in both population and density. Indeed, growth is a big feature of Vital Signs, with the report stating that Toronto grew by more than 77,000 in 2018 alone. Toronto’s parks also aren’t evenly distributed, with some areas of the city requiring more investment in new green spaces to keep up with this growth.

Toronto is on the right track by investing heavily in growth-focused plans, such as the Facilities Master Plan, TOcore Parks and Public Realm Plan, and forthcoming Parkland Strategy. These strategies are key in understanding where investments in parkland and recreational facilities are most needed.

However, strategies are only as good as the dollars we have to invest in their implementation. With changes made by the Provincial government to how cities collect development fees that can be spent on parks and recreation facilities, there is much uncertainty about the financial underpinnings of these parks strategies.

Ensuring these plans are funded remains a critical challenge, especially as the Province releases the new regulations that will govern these new rules.

Parks are places of nature, but they are also places of people. Many of us head to our neighbourhood park to hang out with friends and family, meet community members, or simply people-watch.

There are some worrying trends in Toronto’s social fabric that Vital Signs highlights. For example, some populations like people living on lower incomes, newcomers, and young people have a weaker sense of belonging, are more likely to feel socially isolated, or have less people they can call on in an emergency situation.

As our Sparking Change report found, parks can be powerful enablers of social connection that combat social isolation, but this depends on having a park that contains the right amenities, is well-kept, and well-programmed.

In fact, a recent study of US parks found that each additional supervised activity in a park leads to a 48% increase in park use, making parks engines that power human connection and community. Events and activities provide an opportunity for people to come out and meet new people, building their local social networks and creating a greater sense of belonging.

One effective way to do this is through arts events. Vital Signs found that people living on lower incomes lack access to arts events.

Our work with the Toronto Arts Foundation on its Arts in the Parks initiative for the last three years has seen us connecting local community groups with artists in neighbourhoods outside the downtown core. This provides community members with an opportunity to engage with their neighbours and participate in an arts event without paying an entrance fee.

While many people appreciate the intrinsic value of parks, they are not often part of the conversation when talking about critical resilience infrastructure and investment in social services. However, as we’ve outlined here, parks play important roles in addressing many of the issues raised in the Vital Signs report.