The public voice of a large city park: Standing up for the green and public use of a major Montreal sports venue. 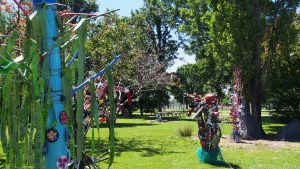 Michel Lafleur, Danièle Lemay and Joanne Proulx are all long-time residents of the Villeray-Saint-Michel-Parc-Extension Borough and are regular users of Jarry Park. In 2004, a coalition of residents was formed under the title of Coalition des amis du parc Jarry (CAP Jarry) in response to the fact that past park development was strongly influenced by the demands of established organized groups, such as sporting associations and Tennis Canada. Extensive infrastructures dedicated to baseball, soccer and tennis demonstrate that past investments in Jarry Park have been very sports-focused. This fact spurred the creation of CAP.

"The community's voice regarding the future of Jarry Park was nowhere represented. There were no associations of park picnickers or strollers." - Michel Lafleur, current President and member of CAP Jarry since 2004

CAP Jarry, a registered non-profit organization, is run solely by volunteers who are mostly residents from the surrounding neighbourhood. 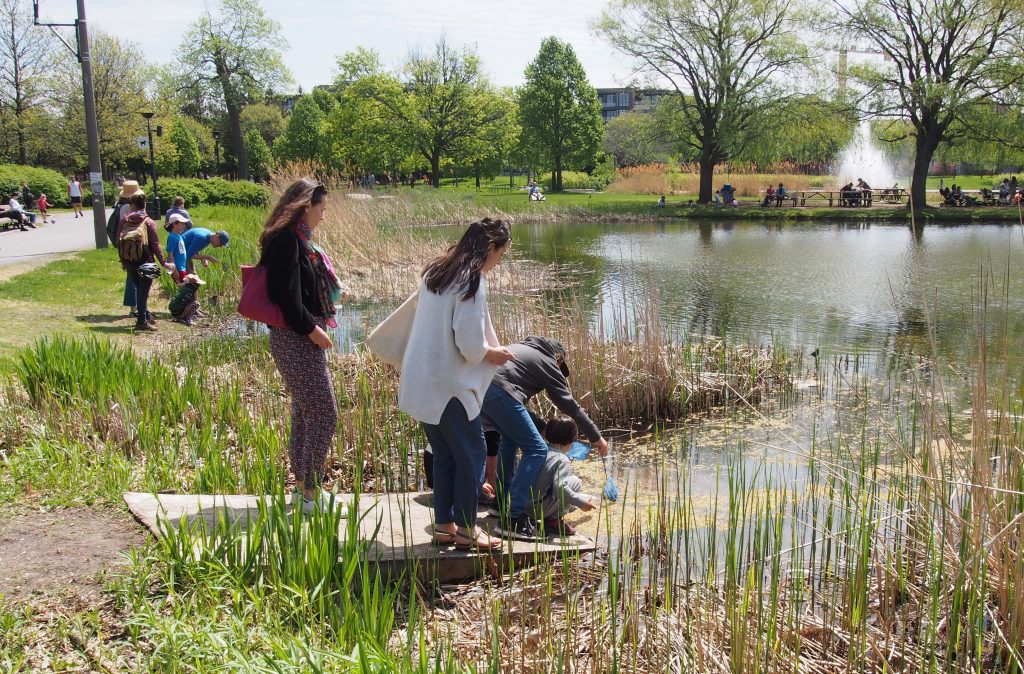 CAP’s mission is to: "promote Jarry Park as a green space open to everyone and intended for sports, recreation, and relaxation. We are specifically interested in the free and recreational use of the park: we believe that these activities are central to the mission of the park and that these users should have a voice in decisions that affect Jarry Park, and therefore affect them."

Often, the group is engaged in issues such as assessing how new facilities compromise residents’ ability to access simple things, like nature.

A four-member Board of Directors that includes Michel Lafleur and Danièle Lemay meets periodically and holds an annual meeting with more than 20 people in attendance. With very few sources of funding, the group largely relies on the generosity of donors and sponsors. Initially, a small membership fee ($5/year) was established

"but somehow," says the group, "it prevented us from reaching certain people, so we decided to abandon that option.”

Communications are handled primarily through the Coalition des amis du parc Jarry Facebook page which has a membership of 954, and also through the Échos de la CAP Jarry newsletter, which provides more detailed news and information about the group’s priorities. 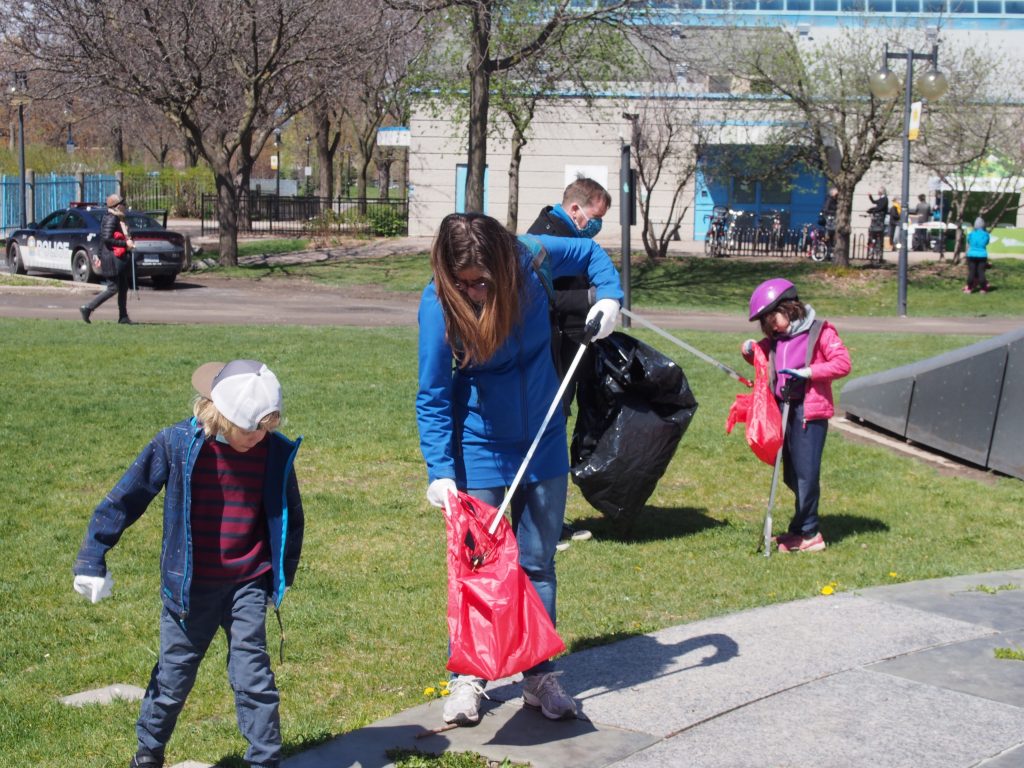 For CAP Jarry, striking a balance between sports and recreation is essential, but their main priority is to preserve and develop the green and public character of the park.

"Sure, it's a very urban park, but we're also working to find out what role the park plays in Montreal's biodiversity."

As the three park leaders can attest, their park activities focus on mobilization, environmental awareness and having residents of Villeray, Parc-Extension and Petite-Patrie take greater ownership over caring for the park. Spring clean-up work parties and a mini ecoblitz are must-attend events. The dream of seeing 500 trees planted in the park inspires the group to think of other actions that they can take to support and reinforce that increasing the tree canopy is valuable for the future. More recently, thanks to the TD Park People Winter Grants Program, the group established The Ephemeral Forest, a hugely successful event where 250 recycled Christmas trees were donated by local residents and residents posted handwritten greetings on the trees. This magical event lifted people’s spirits during the pandemic and bolstered the dream of adding permanent greenery to the park. 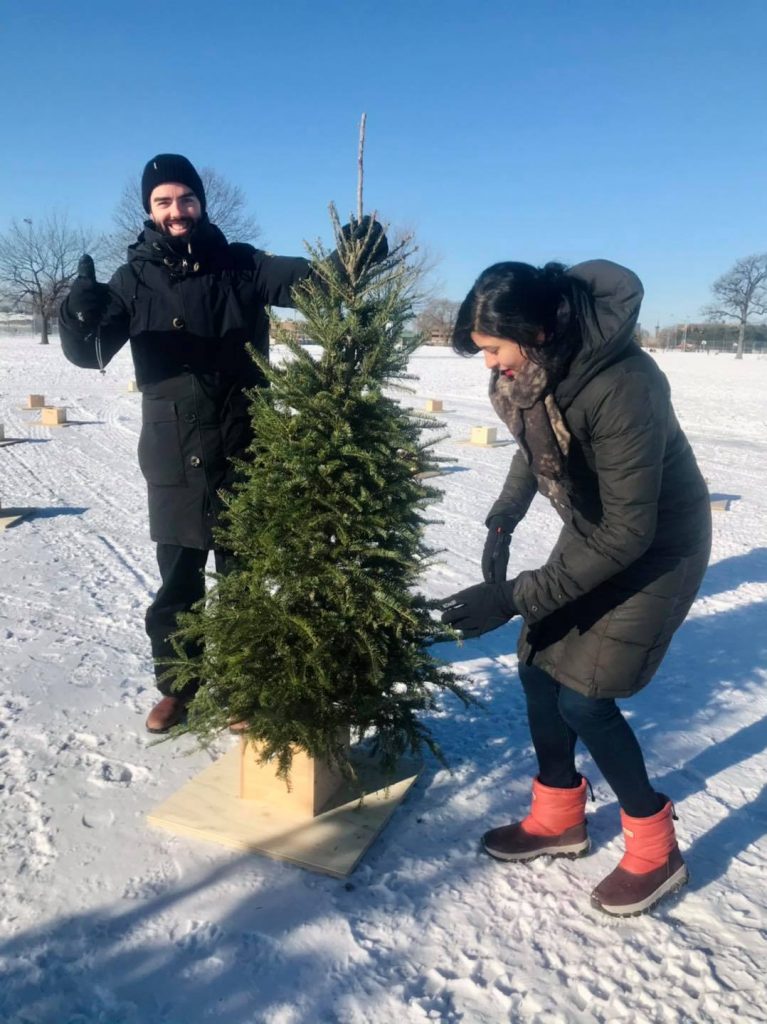 “Everybody was smiling," recalls Ms. Fumagalli, Mayor of Villeray-St-Michel-Parc-Extension borough. "There was a lot of curiosity, a kind of people-helping-people, especially so much synergy ... The project had a huge positive impact."

In order to protect the park’s natural and cultural landscape as well as the views of Mont-Royal and sunsets, the group atakes targeted political action through writing submissions, appearing at borough council meetings and maintaining relationships with elected officials. CAP Jarry played a key role in the development of the park’s new master plan and the improvements to the children's playground.

"We have a role somewhat more than that of a watchdog, all the while communicating what's going on in the park."

CAP Jarry's focus is on the new master plan that establishes the park's vision for the future. In response to the question “What kind of park do we want to see by 2030?” the group maintains first and foremost, the park must meet the needs of the local population. In other words, residents need ways to connect with nature, relax, socialize and get exercise in all seasons. The plan must also respond to the climate crisis and promote biodiversity.

The group stresses the need for a significant increase in the park’s tree canopy, especially in light of the recent ravages caused by the emerald ash borer, which has resulted in the removal of large numbers of the area’s trees. This greening also needs to be complemented by publicly-accessible environmental education.

"We think that people would like to know more about the biodiversity of the park, about the types of trees, why there are certain groups of trees and what they are used for."

One of the challenges for CAP Jarry is to better promote their group and attract more diverse group members. They are on the lookout for new members who want to make a long-term commitment and have skills to bring (such as computers, communications, social networks, etc.). They’re keen to make sure that the diverse make-up of park users is represented.

"For sure, we'd like more minority communities to join us because they also live here and may have needs other than those that we have identified so far." - Michel Lafleur

The group has a positive relationship with the municipality, but they admit that it varies from one elected official to another and is also dependent on the nature of the project they’re collaborating on. The group is generally recognized for delivering smart solutions, but they confess that, so far, they have not received official recognition from either the borough of the city.

The strong relationship with the municipality is reinforced by regular municipal visits. Last summer the group met with one elected official responsible for large parks, and other elected officials from the city and districts and park staff.

"In order to bridge the disparity between what elected officials think of us and what we do, this type of meeting is essential if we want to improve relations between the city and its residents."