Your park’s governance structure: why the committee leadership might work for you 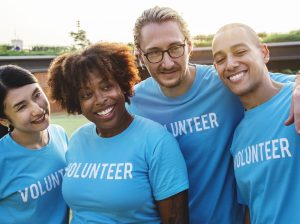 It’s no surprise that park groups organize themselves differently from not-for-profit organizations with paid staff. For many volunteers, park work is a ‘side-hustle’ on top of work or family responsibilities. Individual responsibilities can range from light to overwhelming, and the governance model that an organization has a lot to do with moderating workload.

Grassroots Growth, a project from Volunteer Toronto, highlights three models of governance common for smaller organizations like most community park groups. The three most common models to consider for your community park group are Strong Leader, Leadership Team and Committee. This article will illustrate the application of the Committee model, as applied by (FoRRP).

According to Grassroots Growth, with the Committee model “members of the governance structure are organized into various committees or working groups. Each committee is responsible for specialized tasks with respect to the group’s activities. All the committees do work that ties back to the organization’s mission and vision.” The Committee model is useful when your group is too large for a Leadership Team model or you are looking for ways to share leadership better and move things along more quickly.

The organization came into being in 2011 when a group of eight Ward 19 neighbours responded to a City of Toronto need for local guidance on upgrades to Fred Hamilton Playground. These eight people formed FoRRP, which started out with a Leadership Team governance model: each member had a distinct duty, but all worked together on a common goal. The Leadership Team model spreads the load amongst a number of members.