Parks are invaluable to cities. We’re collecting the data to help you make the case for why city parks matter. Here’s some of what we know so far. 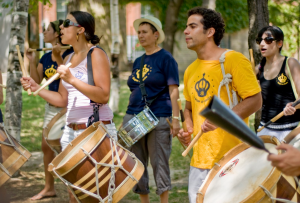 In Canada, 86 percent of the population lives in cities. City parks were once thought of as places to escape urban life. Today, they help define it, and are inextricably linked to our quality of life.

The powerful potential of Canada’s city parks is only beginning to be understood. What we do know shows that parks play a key role in making cities thrive.