Your park group’s governance structure: why the team model might work for you

Are you currently running your park group on your own? Are you just getting your group started and looking for some direction around governance? The team model is a really effective way of working with others on collective goals. How the team model gets applied varies based on the nature of your group and your preferred leadership style. We look at two different park groups to give you a flavour of what the team model might mean for your organization. 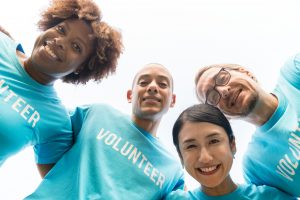 It’s no surprise that park groups organize themselves differently from not-for-profit organizations with paid staff. For many volunteers, park work is a “side-hustle” that happens while managing busy work and family responsibilities.

Grassroots Growth, a project from Volunteer Toronto, talks about the various governance models common for smaller organizations like most community park groups. We’re going to cover the team model and address how it’s been applied by two different park groups, differently.

To do this, we spoke with Louise O’Neill, Convenor of Friends of Cedarbrook and Thomson Memorial Park (FCTMP) in Scarborough, Ontario, whose organization recently transitioned from a strong leader model to a leadership team model. We also spoke to Ana Cuciureanu from Toronto’s Friends of Parkway Forest Park (FPFP), an organization that has adopted a hybrid version of the team model that they’re found effective.

By way of definition, a team model means that “all core volunteers work together to make decisions.” Adopting a team model makes sense when your group is small; you are looking for ways to include others in decision making, and working to avoid the burnout that can come with one individual carrying the load as a leader. Your ideas and solutions might turn out to be more creative, and sharing the load can feel good for everyone on the team.