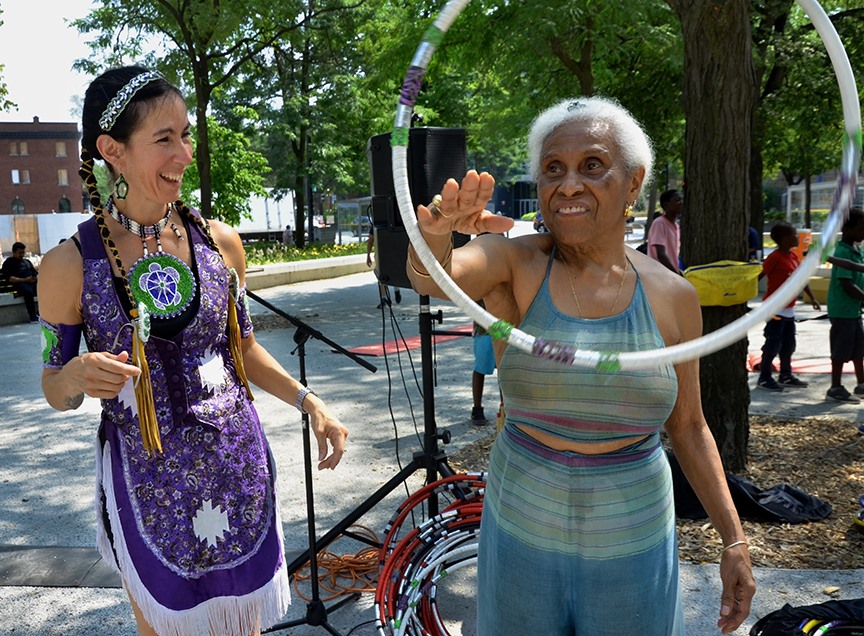 7 Questions: Perspectives on the future of parks and public spaces – A webinar series

More people than ever are sheltering in parks and public spaces. And yet, many municipalities are still using enforcement methods to address unhoused park users.

This webinar explores inclusive alternatives to enforcement and displacement-based approaches and explores how we can better share parks and public spaces, and build connections between differently housed community members. Join panelists Nakuset, Director of the Native Women’s Shelter of Montreal, and Matthew Huxley, Chair of the Toronto Alliance to End Homelessness Lived Experience Working Group. 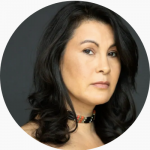 Nakuset, Director of the Native Women’s Shelter of Montreal

Nakuset, the Executive Director of the Native Women’s Shelter of Montréal, is Cree from Lac la Ronge, Saskatchewan.  She has three beautiful boys, Kistin, Mahkisis and Mahihkan. She was adopted by a Jewish family in Montreal and draws on her adoptee experience in her advocacy work for Indigenous children in care. Nakuset created, produced and hosted the television series Indigenous Power, she was voted “Woman of the Year 2014” by the Montreal Council of Women, and she is the Indigenous columnist for MaTV’s CityLife. Nakuset was featured in Real Talk on Race, the award-winning CBC series.  In 2017, she was selected by the CKX City Series as a speaker/shift disturber due to the work she does to shift the status quo for urban Aboriginal women.  In November 2017, she was a speaker for TEDxMontrealWomen.In 2018, she testified for 3 days at the Viens Commission, a public inquiry into the discrimination of Indigenous people of Quebec.  She testified in June 2018 at the MMIW Inquiry in Calgary. In February 2019, she presented at WE Day. She was recently featured in the “End of 2010’s interview for Global” to discuss the past decade’s work with the urban Indigenous community.  She is honoured to spearhead and run the Cabot Square project since its inception and to co-found Resilience Montreal.  She is dedicated to improving the lives of urban aboriginals. 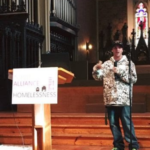 Matthew Huxley is a non-status Indigenous person that spent most of his life, from a very young age, in “the system”. Matthew has also spent 20 to 22 years on the streets struggling to live. He is waiting for housing but in the meantime is staying with a friend.

Matthew wanted to be a part of the People With Lived Experience (PWLE) group at Toronto Alliance to End Homelessness to stand up and try to get a voice in the crowd so he can speak out about the issues surrounding poverty. Matthew believes that PWLE need to have a voice and will eventually be involved in helping solve the general goal of ending homelessness and poverty.

During COVID-19, Matthew was an expert informant on Maytree Foundation’s report Engaging lived and living expertise in COVID-19 recovery planning. Through working closely with his network of friends and peers living in park encampments, he brings critical insights on the experiences of people sheltering in parks during the pandemic. 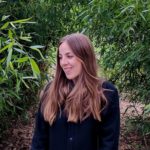 Adri Stark is a Senior Project Manager specializing in research and policy at Park People, and co-author of the annual Canadian City Parks Report. She leads Park People’s research on encampments and has co-authored reports on the social impacts of parks, factors that elicit a sense of belonging in public space, and more. Adri holds an MA in Human Geography from the University of Toronto, where her thesis explored how informal recyclers (also known as binners) use public space as a workplace.

Thank you to our generous sponsors