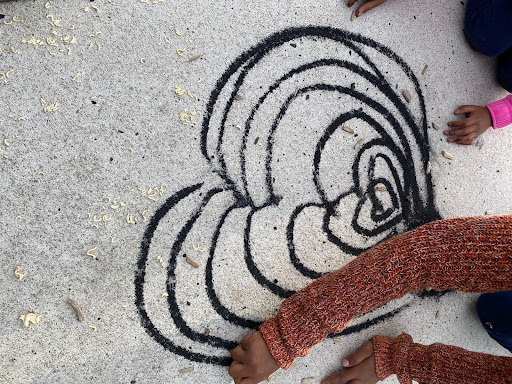 A Tale of Two Parks

The summer of 2020 was in many ways, the summer of parks. Public health was promoting the optimistic message that being outdoors in parks made socializing safe. While the media ran with the message that parks are our safe spaces, Jenn Chan CEO, Co-Founder of The Department of Imaginary Affairs was becoming increasingly concerned that another story was being lost.

The Department of Imaginary Affairs (DIA) had received 2020 funding through Arts in the Parks to run a storytelling project in a Toronto park. DIA deferred the funding until 2021 and began reimagining how they could tell the story of two Toronto parks and feature the narratives of newcomers, immigrants and youth who identify as Black, Indigenous or People of Colour are at the centre.

DIA wanted to tell a story to highlight the vital role parks play in people’s lives and a story that takes an honest, unflinching look at parks as unsafe and unwelcoming places for newcomers, immigrants and youth who identify as Black, Indigenous or People of Colour. They decided to focus on two parks: Dentonia Park in East York and Edgeley Park in the Jane/Finch neighbourhood, both in Toronto’s inner suburbs.

Credit photo: The DIA Staff and Board participating in a Parks Future’s Design Lab, where we reflected on the land we take up space on and envisioned a better and safer future for parks in the Toronto area.

To centre these stories, DIA articulated a set of ambitious goals:

For A Tale of Two Parks DIA hired youth from two local communities and trained them in oral storytelling and techniques to connect with and build trust with the community. Working as Social Researchers the youth experimented with various engagement methods to learn more about the people who visit their park. One example of an intervention involved a Social Researcher sitting on a park bench holding up a sign asking a provocative question followed by the query: “want to change my mind?”

Over several weeks, the park goers became more comfortable with the Social Researchers, and eventually shared their stories about the park. They talked about what the park meant to them before COVID, its role during the pandemic, and the park they would hope to have in the future.

The Social Researchers observed that many of the newcomers, immigrants, and youth who identify as Black, Indigenous or People of Colour weren’t used to being encouraged to share their stories, they’d ask questions like: “Why do you want to know my story? Why does it matter?” It took patience and skill for the researchers to help local park-goers open up and feel safe talking about their park, and their vision.

The park stories of newcomers, immigrants and youth who identify as Black, Indigenous or People of Colour said volumes. Their stories told the researchers that while people in these communities love their parks, they often don’t feel like they have the power to improve them.

They asked: “Why can’t we have sand in the playground?”

A different story was coming through. While park users in these communities love and value their parks, they feel helpless about making them safer or welcoming for those who need them.

Credit photo: Social researcher Ari interviewing members of Shwasti, a Bengali Seniors Walking Group that meets at Dentonia Park to exercise and share space with one another, at Dentonia Park in August 2021.

By surfacing this tension, A Tale of Two Parks highlights that parks in equity-seeking communities often occupy an uncomfortable both/and space. In these communities, parks are both free and open green spaces that can offer a sense of respite and comfort, and they are tied to a colonialist agenda that only provides individuals with privilege an opportunity to have a sense of control over the conditions that govern their lives.

This both/and space is, in Jenn’s words, the “scary and magical” place where DIA and the Tale of Two Parks researchers learned to find a connection.

The thoughtfully edited recordings gathered for A Tale of Two Parks will be compiled and featured on DIA’s website, providing a platform for diverse narratives of the park users who want their stories to be heard & shared.

But that’s just the beginning.

DIA is committed to making sure that the stories generated within the two parks are widely accessible. They’re currently planning a visual and audio installation as part of DesignTO’s 2022 lineup. The installation centres around the question: “What if parks were safe for everyone?” and will feature written and audio stories, photographs, artwork and videos from ‘A Tale of Two Parks’ to, in their own words, “elevate and amplify the stories we had the privilege of hearing and seeing as well as reflections from our team about how this project shifted their own relationships with parks.”

The audio recordings and upcoming installation will help represent the stories of BIPOC communities who hold space for simultaneously loving their parks while resisting the enforcement, violence, and acts of hate and racism that in large part define their park experiences.

Feature photo credit: The youth at Edgeley Park participating in the Arts Event through the Youth Program our Social Researcher Delux facilitated in September 2021. 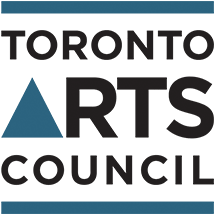