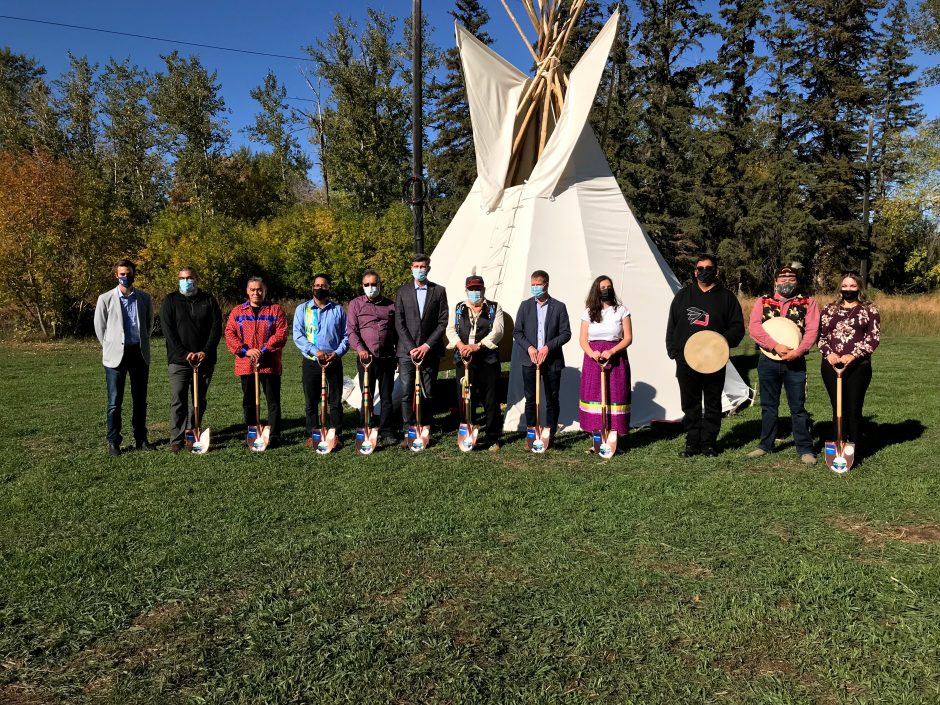 Decolonization of park practices, according to Rena Soutar, begins with the recognition that “there is no such thing as a culturally neutral space that’s been touched by human hands.”

On the first day of the 2022 Park People Conference, three of Canada’s leading Indigenous park professionals, Lewis Cardinal, Rena Soutar, and Spencer Lindsay directly addressed how colonialism plays out in park practices and how we can work to embed reconciliation and decolonization into the places we call parks. 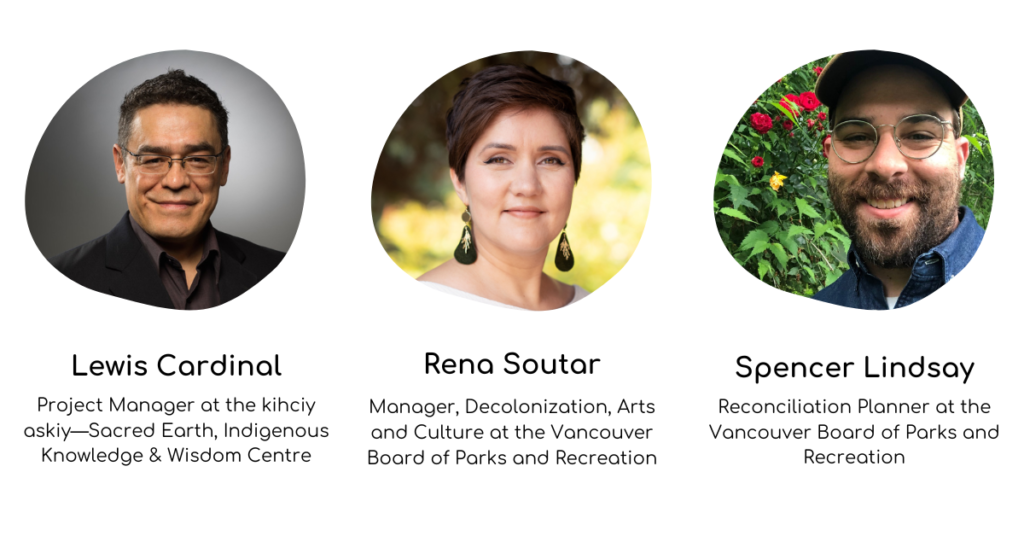 Decolonizing our relationships with each other

Getting on the same page

Lewis Cardinal’s ceremonial name sîpihko geesik means “blue sky” and was given to him with the understanding that his ultimate purpose on Earth is “to build relationships between two worlds that don’t understand each other.”

In Edmonton, Cardinal is living up to his ceremonial name by devoting his work to building understanding between settlers and Indigenous communities. This lifetime of effort culminated in the recent opening of kihciy askiy, or sacred land, Canada’s first urban Indigenous ceremonial site in Edmonton’s River Valley.

In his presentation at The Park People Conference, Cardinal made it clear that the foundation for the 2022 opening of kihciy askiy was laid eighteen years earlier in 2004, when Aboriginal communities and the City of Edmonton co-created the Edmonton Urban Aboriginal Accord Relationship Agreement. The Agreement’s guiding principles established a new relationship between the two groups, which is best reflected in the statement:

“We believe all people in Edmonton are served well by positive relationships between the City and Aboriginal communities.”

Indigenous approaches to positive relationship-building such as mutual exchange and partnership, listening and storytelling, ceremony and celebration were, according to Cardinal, integral to the process of creating kihciy askiy. Over the long process of seeing the project to fruition, conflicts and challenges, of course, arose. However, Cardinal believes that the Agreement and the practices it codified helped “tamp down the darker forces of humanity” that can undermine visionary projects like Edmonton’s kihciy askiy.

Cardinal emphasized the importance of codifying the tenets of relationship-building in Agreements like the one in Edmonton. Once put in writing, these tenets set an intention for relationships that can be returned to again and again. In fact, one of the core principles of the Edmonton Urban Aboriginal Accord Relationship Agreement is a renewal, which includes the principle of “acknowledging this Agreement as a living document to be reviewed on a periodic basis to maintain accountability, transparency, inclusiveness, and responsiveness.” 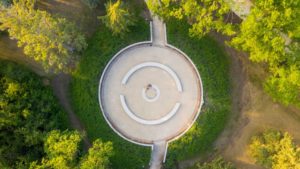 Conversation as a pathway to decolonization

Like Cardinal, Rena Soutar, Manager of Decolonization, Arts and Culture, and Spencer Lindsay, Reconciliation Planner, both from the Vancouver Board of Parks and Recreation, consider the act of engaging in difficult conversations as the pathway to decolonizing park practices.

The Colonial Audit, which will be released in December, uses conversation as its central tool. In fact, for the audit, Soutar and Lindsay conducted 21 interviews over 5 months across 7 departments. As Soutar and Lindsay see it, only meaningful conversations can reveal the deep-seated colonial assumptions, beliefs and approaches underpinning the organization’s colonial park practices. In the audit, they identified 27 stories that illustrate the current effects of colonialism.

One story of embedded colonialism that Soutar and Lindsay shared at the Conference is the development of Vancouver’s NorthEast False Creek Plan. NorthEast False Creek is a prime downtown waterfront area in Vancouver that was set for redevelopment.  Consultations with Musqueam, Squamish, and Tsleil-Waututh Nations and Urban Indigenous communities revealed that “access to water” was a top priority for the park’s redevelopment. However, when preliminary plans for the site were shared, it was clear that this critical piece of First Nations’ input was lost in translation.

The Park Board hit ‘pause’ on the project to take the time to understand how, after so much consultation with local First Nations, the park’s design could miss the mark. The conversations that ensued helped highlight the importance of “cultural translation” in park design.

As Soutar and Lindsay shared, for the Musqueam, Squamish, and Tsleil-Waututh Nations “access to water” in the park’s design meant the individuals would have direct access to the shoreline- in an intimate and immersive way.  However, colonial mindsets dictated that “access to water” meant enjoying beautiful vistas of water from a distance. In other words, for settlers, access to water means a beautiful vista from which to gaze at nature from a god-like vantage point. For local First Nations, it meant fishing, conducting ceremonies, and placing their hands and feet directly in the water. 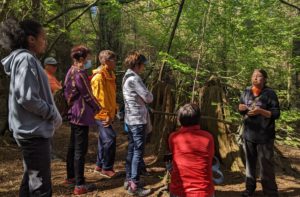 Decolonizing our relationships with the rest of nature

Cardinal, Soutar, and Lindsay all underscored that decolonizing colonial relationships with nature is an urgent imperative. As Cardinal put it, “we are living in sacred times.”

Decolonizing our relationship with nature means, according to Cardinal, “understanding the connection between ourselves and the natural and spiritual world that surrounds us.” Cardinal shared that reciprocity with nature requires settlers to recognize that humans are not at the
“top of the food chain” or at “the center of the universe,” but rather occupy but “one seat in this great circle of life.” As he puts it, “being in a relationship uncentres individuals as the focus,” and helps people view themselves in “a bigger context of family, community, and nature.”

Like Cardinal, Soutar and Lindsay emphasized that decolonization is the only path forward if we are to protect ecological diversity, which is essential for humans to survive. As their presentations underscored, the future of humans is bound up with our relationships with each other and with the rest of nature. As Soutar shared, “plenitude, abundance—that was already here” before settlers arrived and declared Vancouver’s unceded territories ‘parks’ that are ‘for everyone.’

As Soutar, Lindsay, and Cardinal make clear in their presentations on decolonizing parks and relationships, if we are to collectively move in the direction of decolonizing our parks, we must “forget everything we know” about our relationships to each other and the rest of nature. But, before we can forget or unlearn, we need to render the too often invisible colonialist practices visible. The learning, which is the focus of the audit, moves us in the right direction since, as Soutar reminded attendees: “decolonization is a direction, not an outcome.”