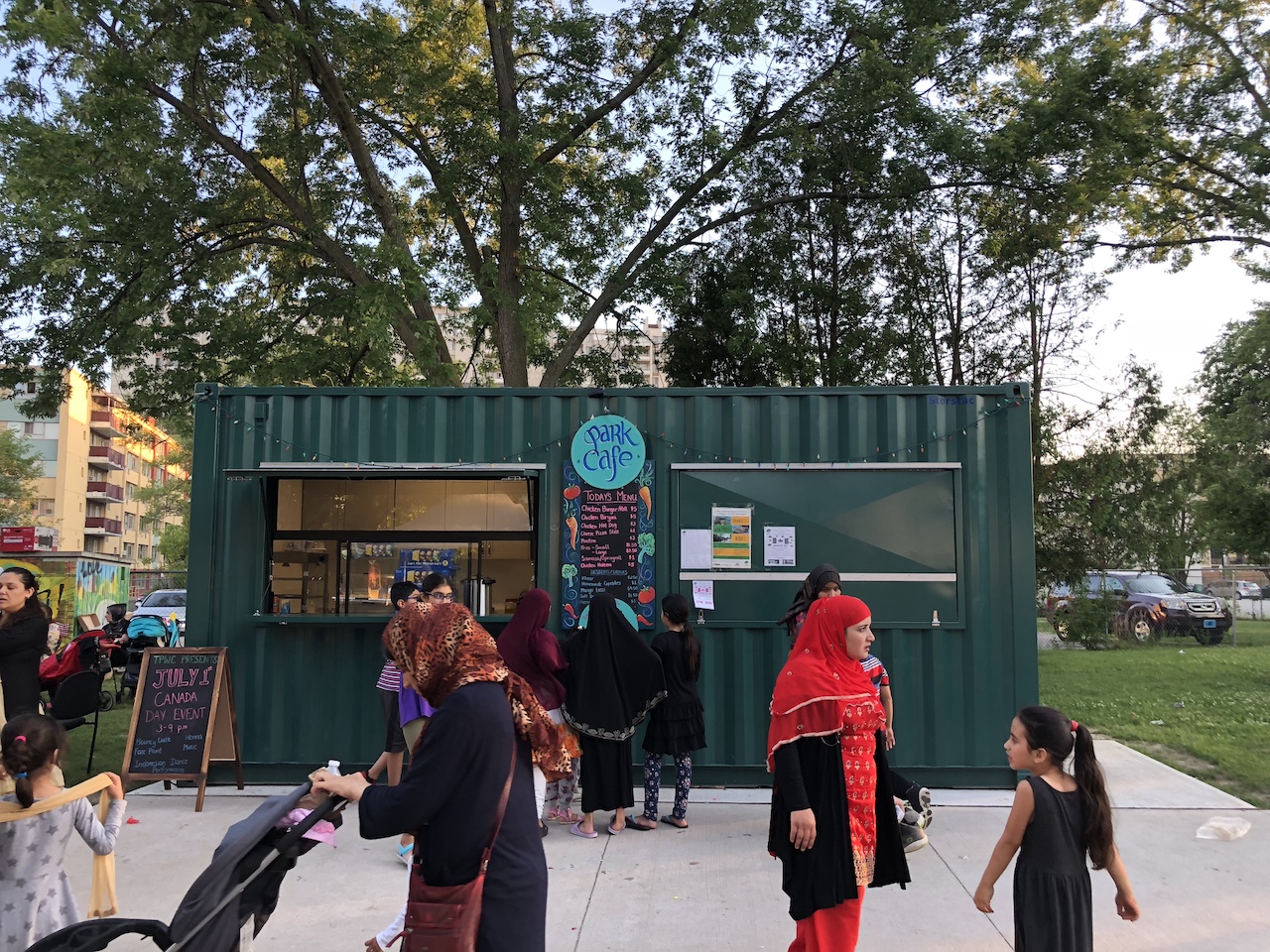 We measure a lot of things in our city, from building applications to travel patterns to recycling rates. Tracking these helps us plan better neighbourhoods, transit, and waste systems. But what we don’t often measure is what people are doing in public spaces—the public life of a public space. Without this information, it’s hard to understand how to improve public space and whether designs and programming are successful.

Understanding the success of an intervention in public space is critical for a program we launched earlier this year at Park People: the Public Space Incubator.

We launched the PSI with the aim of testing new ways of inhabiting and enlivening public spaces in Toronto. Through this incubator, we are funding five different projects in the city that each propose a new and unique way of bringing people together in public space. Since the projects are testing new ideas, a big part of the incubator is understanding how something worked—or didn’t—and being able to refine and make changes. Essentially, these are public space experiments that we want to learn from.

That’s why we’re excited to be working with Sidewalk Labs and Gehl Institute as part of the Public Space Incubator on the creation and testing of an app that can make studying public life easier. To test a first iteration of the app, we’ve partnered with the Thorncliffe Park Women’s Committee—one of the recipients of a Public Space Incubator grant this year for their community-run park cafe in R.V. Burgess Park—to help them and us understand the impact of their work.

This public life study app project follows on the footsteps of a recent and growing use of public life studies in Toronto to measure what people are doing in the city’s parks, including being formally a part of the City’s park revitalization design process. The City of Toronto did its first public life study of 15 downtown public spaces in 2016 as part of its TOcore project—a study that Park People helped the City of Toronto organize and manage along with Gehl Studio and Public Work, and one that the City hopes to use as a baseline from which to measure public life in downtown in the future. We’re also currently working with the City on a public life study of the King Street Transit Pilot to determine how the new public spaces are being used as part of the pilot.

As you can imagine, public life studies require a lot of preparation and work. You have to frame the goals of your study (What are we trying to find out?), organize and manage the study (Who is going to carry out the study, how, and when?), and analyze and communicate the results (What does this tell us and how can we use that information?). The complexity of carrying out a study represents a barrier for many, even though many community groups and municipal governments want to understand their public spaces better.

The Public Life Data Protocol created by the Gehl Institute helps this by standardizing the way public life data is collected and organized to lower the barrier for communities to carry out public life studies and ensure we’re all speaking the same language. The design of the app, which is based on the protocol, hopes to take this even further by making it easier to set up and carry out a public life study through a digital tool. It still requires people power to go out to the park and do the study, but it will make it much easier to organize: instead of printing hundreds of study sheets that then need to be transcribed, participants record data directly on the app.

The focus of this first early test of the app in R.V. Burgess Park will help us learn about how to improve the app in the future. It will also help generate important data to understand how the interventions of the Thorncliffe Park Women’s Committee, including those funded by the Public Space Incubator, are working. This includes the cafe itself, new cafe seating, and food-based programming.

We have developed project goals and methods with Sabina Ali from the Thorncliffe Park Women’s Committee and will be training local youth and other residents recruited by Sabina to carry out a public life study to understand the impact of the cafe, its seating, and programming in the park.

Specifically, participants will be marking the who, what, and where of people in the park. Are they sitting? Playing? Eating? What’s the percentage of people that are over 65? Or younger than 12? The data will help us and the Thorncliffe Park Women’s Committee understand the impact of the project and how their programming could be improved in the future to serve the community, and the intent is to make the data open and accessible in the future. Sidewalk Labs will make the source code for the data collection app open-source so that anyone can use and build upon our efforts.

This is just the start. Ultimately, our hope is that the app helps demystify the public life study process and allow organizations like local community groups and municipalities to more easily carry out these studies, learn from them, and share the results so that everyone can benefit from quality data about public life.